Why is an economy built on solidarity important at this time?

This collaboration between the Institute for Social Transformation at UC Santa Cruz and the USC Dornsife Equity Research Institute, Solidarity Economics uses data and analysis to contribute to a more powerful, well-resourced, intersectional, and intersectoral movement for equity.

The voices of socially, economically, racially, and environmentally marginalized communities are central in our work. Our work is inspired by the social movements for economic, racial, and environmental justice with which we have worked, nationally and around the globe, but particularly in our home state of California; indeed, this project is, in part, a response to requests from those groups for a more compelling and unifying economic narrative. 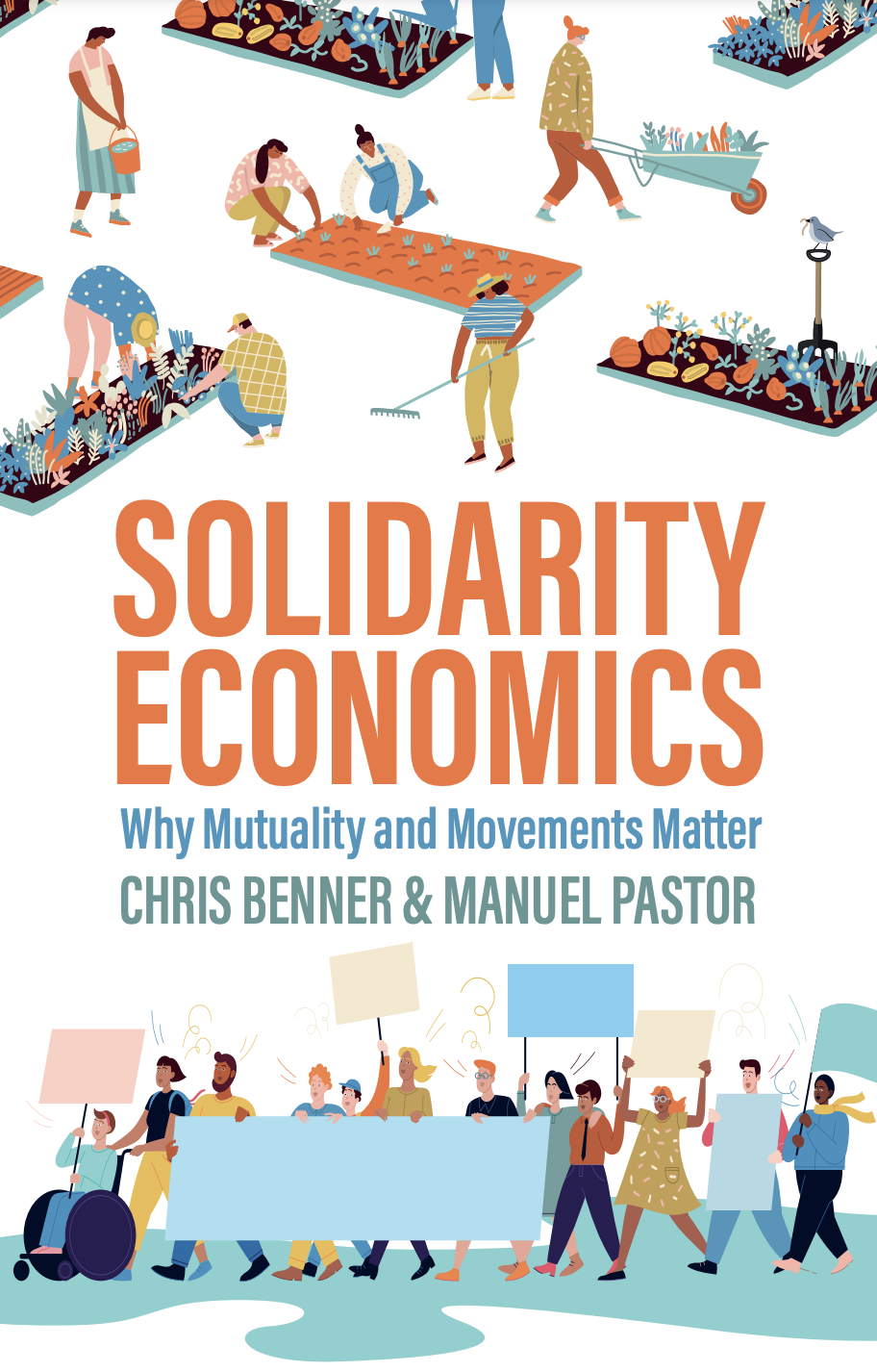 In this book Chris Benner and Manuel Pastor invite us to imagine and create a new sort of solidarity economics – an approach grounded in our instincts for connection and community – and in so doing, actually build a more robust, sustainable, and equitable economy. They argue that our current economy is already deeply dependent on mutuality, but that the inequality and fragmentation created by the status quo undermines this mutuality and with it our economic wellbeing. They outline the theoretical framing, policy agenda, and social movements we need to revive solidarity and apply it to whole societies.

Solidarity Economics is an essential read for anyone who longs for an economy that can generate prosperity, provide for all, and preserve the planet. 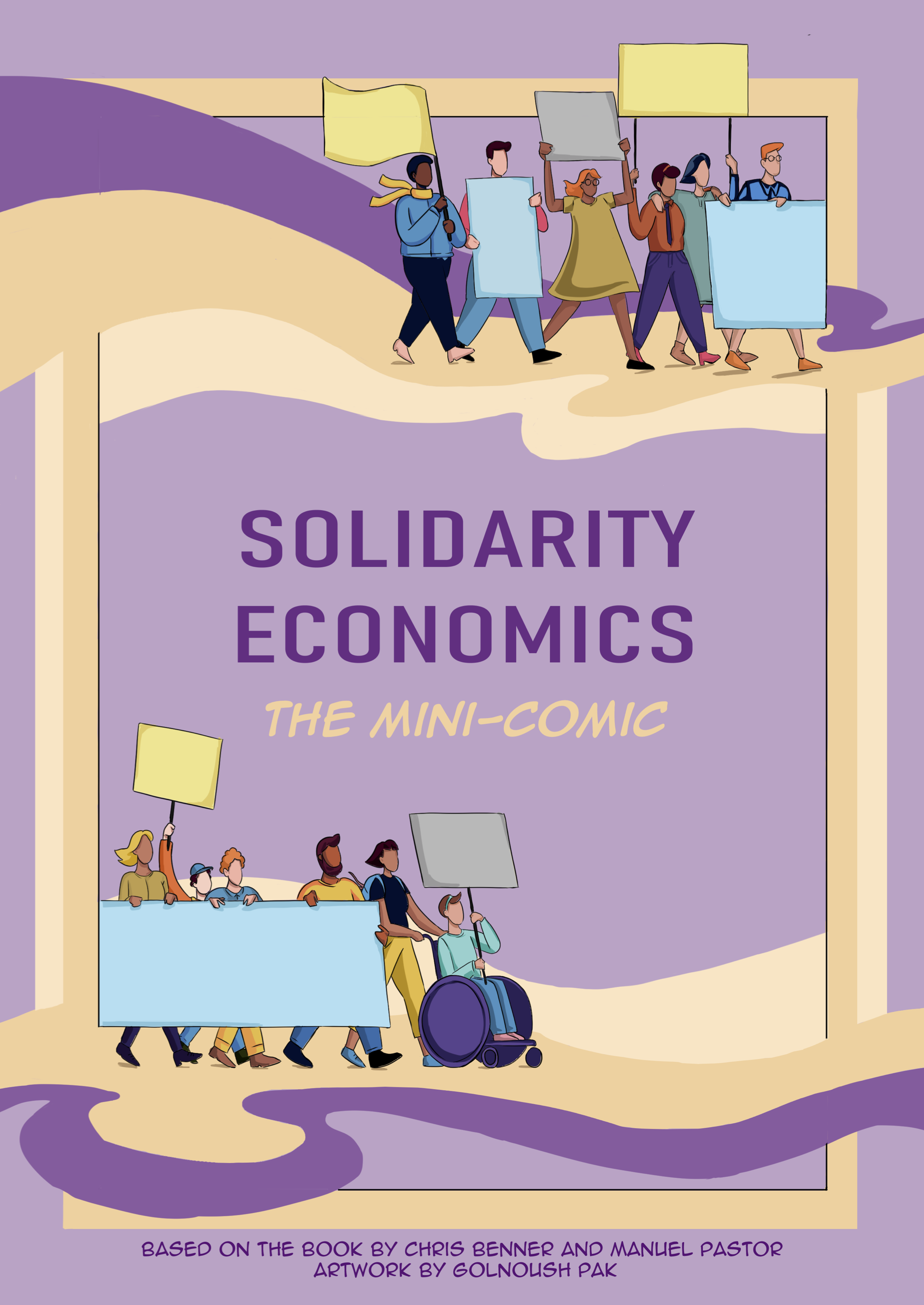 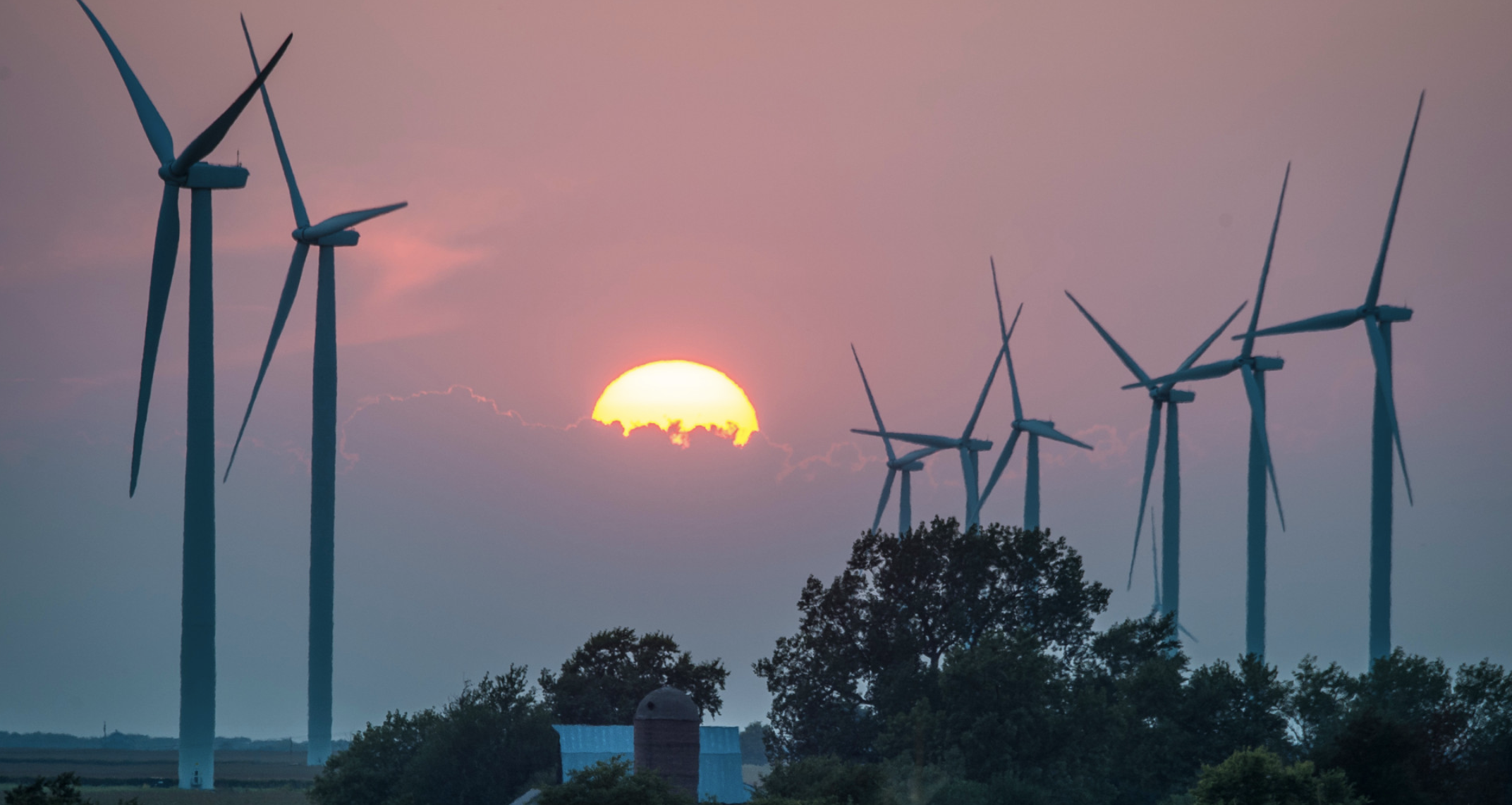 For a Path Forward on Climate, Let’s Learn From the Original New Deal

Dr. Manuel Pastor and J. Mijin Cha | To envision a path forward on environmental policy, we should remember some key lessons from the original New Deal, the 1930s-era policies that pulled the United States out of the Great Depression through a combination of relief programs, public-works projects, financial reforms and progressive regulation. 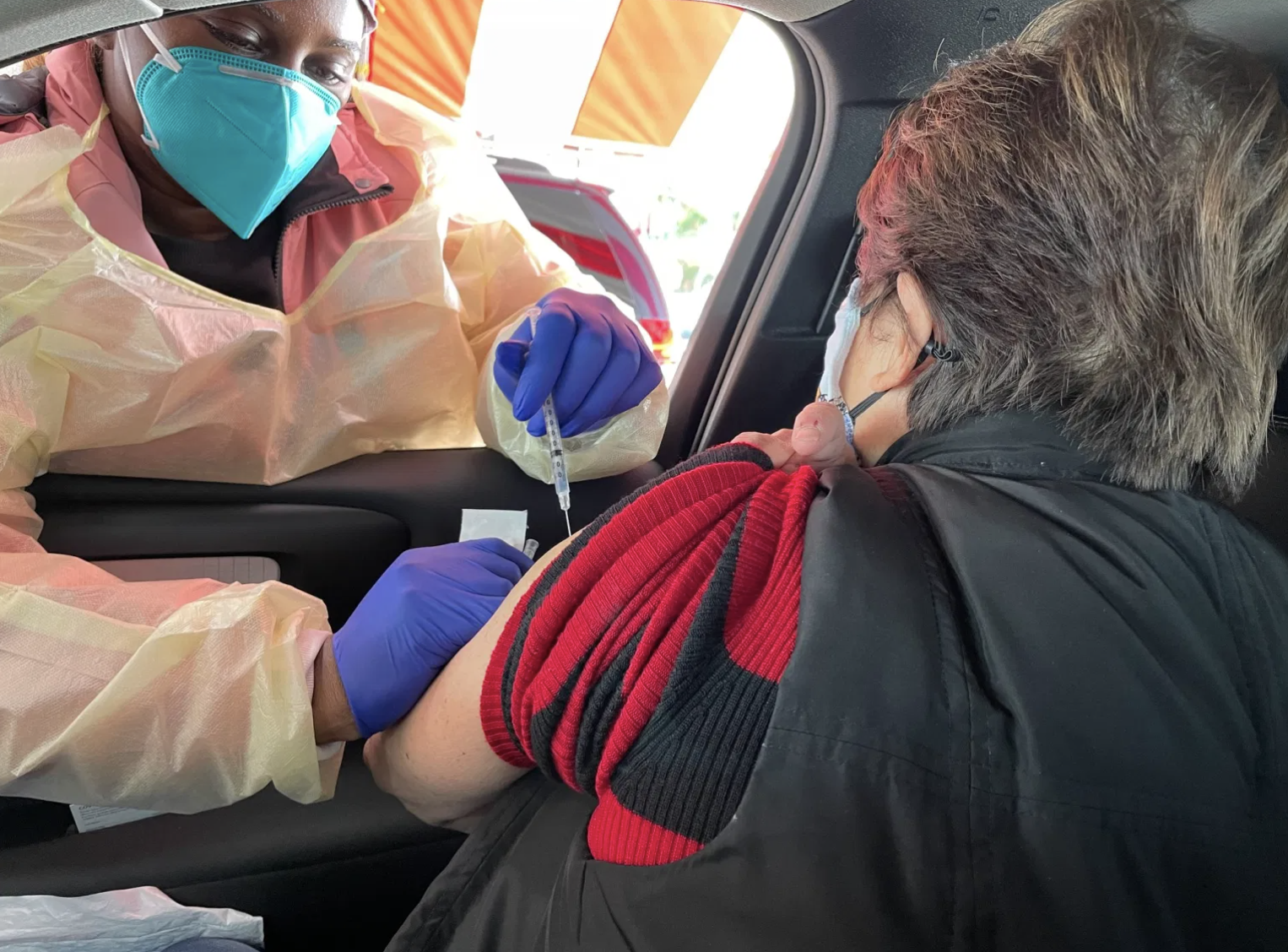 After COVID-19, Here’s How We Can Make Sure Everyone Can Heal

Dr. Manuel Pastor | When we emerge from this crisis, it will be a bit like the end of a movie about an imagined apocalypse: Many people will be crawling out of their homes with their savings demolished, health shattered, jobs lost and education interrupted — and they will be suffering from trauma. Expecting everyone to just bounce back is a bit like thinking a computer-based vaccination system will give everyone an equal shot at a vaccine. 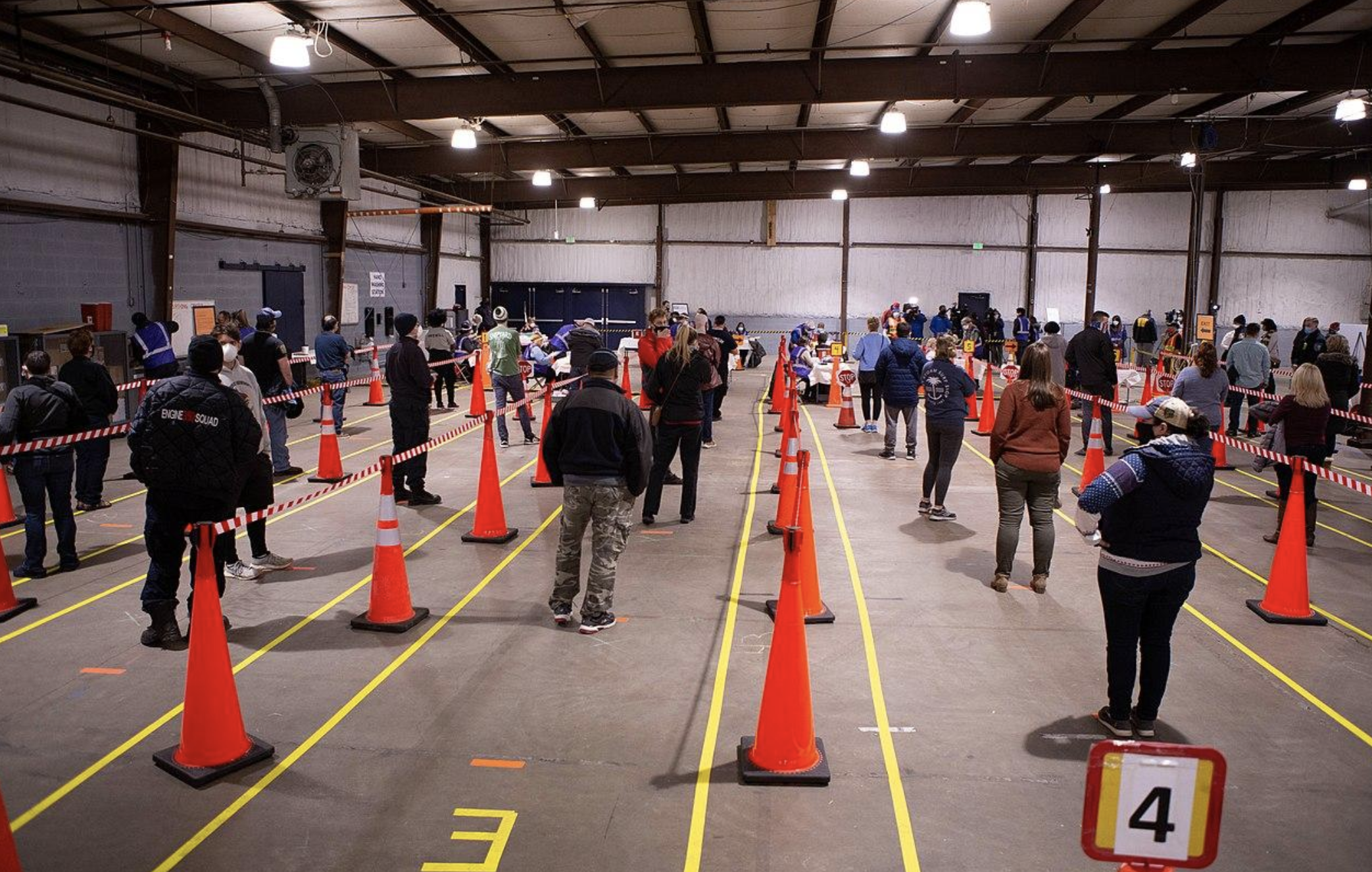 The Business Case for Vaccine Equity

Dr. Manuel Pastor | No one should be surprised that America’s COVID-19 vaccine rollout system has produced sharp racial disparities in vaccination rates – the system has played upon existing inequalities from digital access, to quality of employment, to transportation access. Indeed, I would have flunked any of my graduate students had they failed to anticipate what was soon to occur. The positive news is that together with the business community, we can achieve vaccine equity in a way that gets us back on our feet for good. 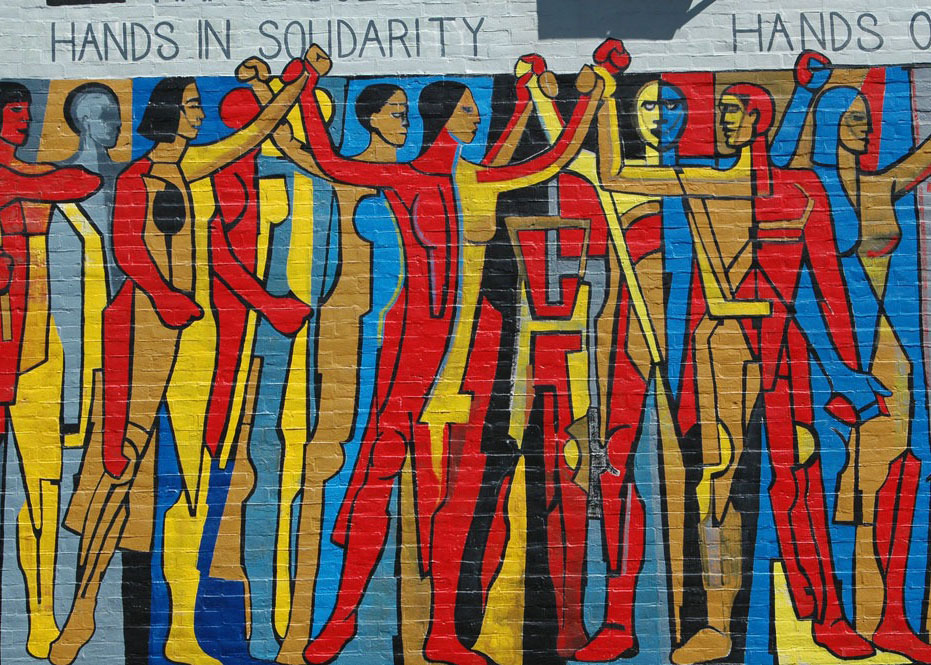 The COVID-19 pandemic has shown how a disease can reveal an underlying sickness—and in America, that means our failure to provide universal health care, our marginalization of immigrants and others, and our devaluation of the caring work that makes...
Read More 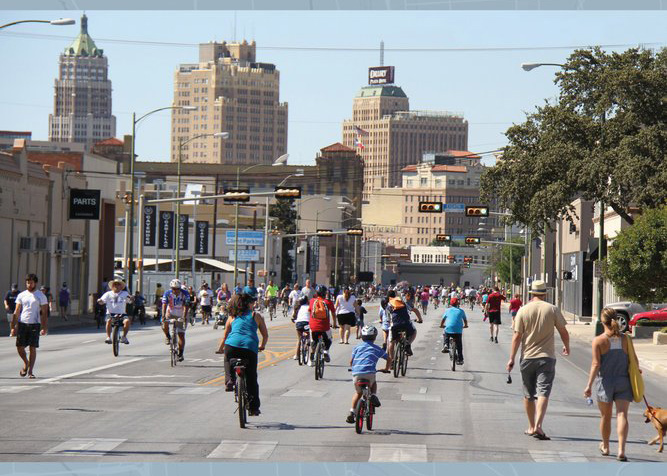 Equity, Growth and Community: What the Nation Can Learn From America’s Metro Areas

What the Nation Can Learn From America’s Metropolitan Regions In the last several years, much has been written about growing economic challenges, increasing income inequality, and political polarization in the United States. This new book by Chris...
Read More 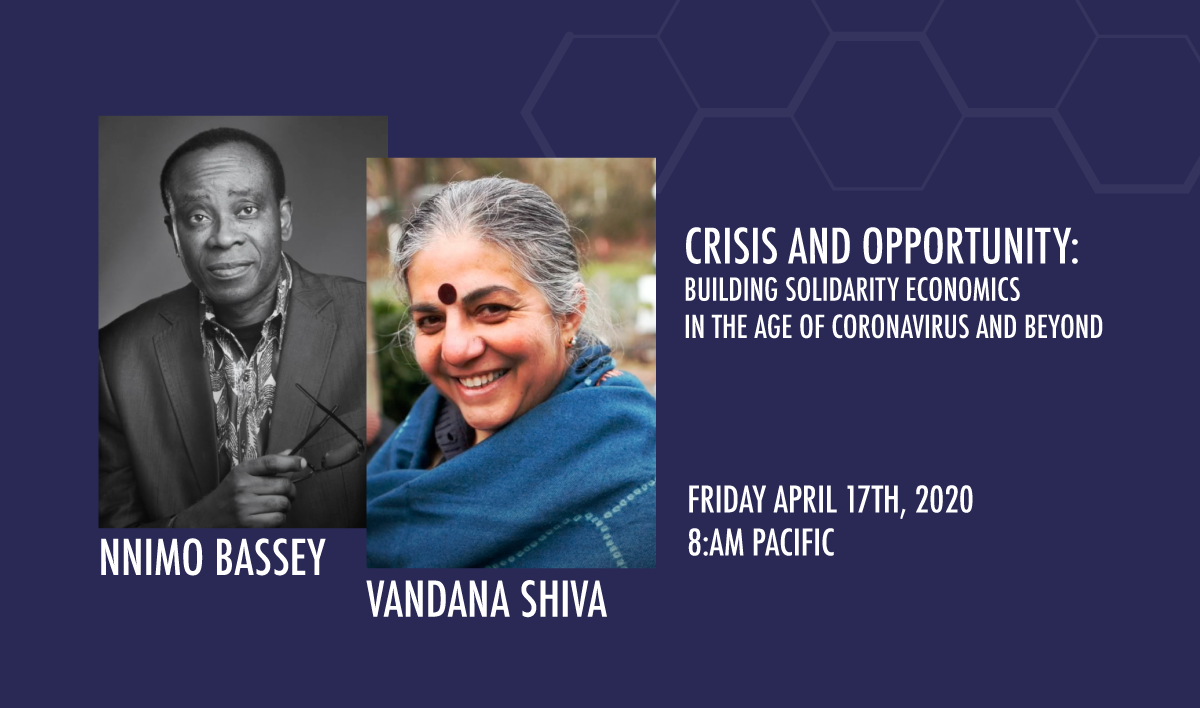 Crisis and Opportunity: Building Solidarity Economics in the Age of Coronavirus and Beyond 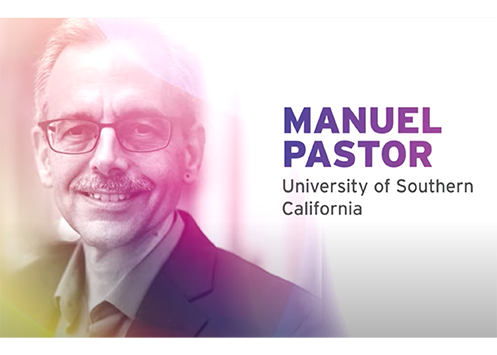 From Resistance to Renewal: Building An Economy Based Belonging

Our economic rules are generally based on the notion that self-interest and competition are natural human impulses, with conservatives suggesting that markets will channel those forces into equilibrium and others arguing to constrain individual and...
Read More

Thank You To Our Sponsors

This project was made possible by The Institute for New Economic Thinking (INET), and was also supported in part by grants from SEIU, The James Irvine Foundation, the W. K. Kellogg Foundation, and the Open Society Foundations.